September 5, 2012
Commonly Used Tree Wood:
At The Hacienda Collection we enjoy working with a large variety of different wood species. There are innumerable different species and subspecies of trees, and certain protected varieties do have restrictions for their usage. The Hacienda Collection, however, understands how to achieve the look our client desires, even if the specified wood is not available. The following are the characteristics of some of the types of wood we work with frequently.
Mahogany
Mahogany actually refers to several different species, indigenous to areas from the West Indies to South America, and also parts of Asia. Color ranges from red to reddish brown, sometimes with a gray tint. Close, fine, parallel grain patterns are characteristic.

Sapele/ Sipo/ Utile
Sometimes referred to as Sapele-Mahogany and Sipo-Mahogany, these African woods have a similar color profile to other mahogany, but can have a more varied grain pattern.

Maple
Whereas Hard Maple refers to one specific subspecies knows for its usage in basketball court and bowling alley flooring, Soft Maple is a more broad term used to describe several different subspecies. Colors range from a creamy white, to golden, to reddish brown. Grain patterns range from curly to quilted to striped.

Poplar
Poplar is generally light in color, with a cream or yellowish brown hue, however sometimes gray or green streaks may be present. Poplar can also be mineral-stained in nature, to include a variety of colors from purples to reds to greens, sometimes being referred to as “Rainbow Poplar” when several colors are present at once. Grain is typically uniform and straight.

Walnut
There are many different subspecies of walnut, as it grows in many different locations around the world. For this reason, walnut can vary greatly in color and grain. The color spectrum ranges from black to white, including browns, grays, yellows, and reds. Grain can vary from species to species.

Pine
Pine is generally a light to medium-light wood in color; however the grain is usually a high contrast and can be straight to wav, often containing many knots. 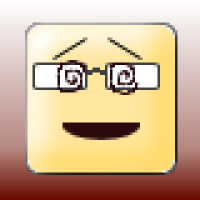